At Great Lakes Martial Arts, we take great pride in offering you the best instruction possible. As such, our classes are conducted by at least two of our highly qualified instructors. The school’s master instructors are internationally certified by the World Kido Federation and the Han Min Jok Hapkido Association, which means their rank is recognized by the Korean government and is a matter of permanent record and martial arts history. Below you will find background information on each of our instructors. 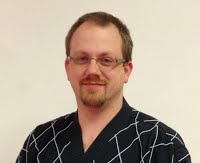 Master Rob Tellep started training in the art of Hapkido in 1993 at the age of 16. He earned his 1st degree Black Belt in 1997. He is now a 5th degree Black Belt in Hapkido having been trained directly by Grandmaster In Sun Seo and is son Master Steve Seo of the World Kido Federation and Han Min Jok Hapkido Association. He has been training in the arts for over 20 years and has attended seminars all over the country and well as several trips to Korea. Master Tellep also trains in the Korean sword art of Haidong Gumdo. He was promoted to 2nd degree Black Belt in May of 2012 and is a certified instructor for the World Haidong Gumdo Federation. 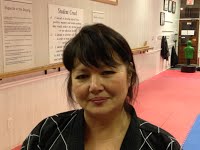 Master Barb Jedrzejek began her training later in life when she and her family decided to take up martial arts together. Her experience with children and dedication to training lead her to become an instructor at the rank of blue belt. After training for 4 years with her husband and son they achieved the rank of 1st degree black belt. Her family went on to pursue other ventures, however; she felt her martial arts journey was not complete. Because of her love for martial arts she has been training for 20 years and has earned the rank of 5th degree Black Belt from the World Kido Federation and Han Min Jok Hapkido Association. This achievement makes her one of the highest ranking women in the World Kido Federation for Hapkido. Master Jedrzejek also has earned a 1st degree Black Belt in Haidong Gumdo the Korean art of sword. 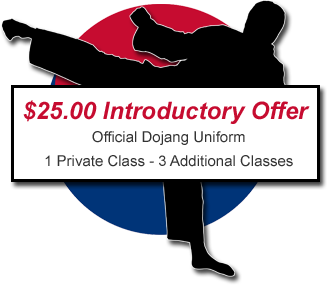